While Google's web crawlers always scan thousands of sources throughout the world, they are now parsing the stories, not just by city or zip code. "We're not simply looking at the byline or the source, but instead we analyze every word in every story to understand what location the news is about and where the source is located," says a Google news release this morning.

So, give it a try next time you're searching a local news story. Be an informed consumer and check your usual sources such as Yahoo news, CNN, WGN or the Chicago newspapers, but then do the same search at Google and see if you get different results. Visit Google News and scroll down to the put your zip code in the Local News box. 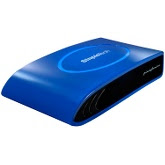 We in Chicago are having a snow day today. With a foot of snow falling, events are canceled, libraries and even shopping malls are closed, to get people home safely.

So - what to do on a snow day? Backups !
That's right, use the time to make a good backup of your data files, and maybe even take a few minutes to clean out your email Inbox.


Start fresh tomorrow, after a night of hearing snowplows roar !!
Posted by Computer Clarity © 2004 at 5:04 PM No comments:

Between the hot air of the primary election season and the tricks Mother Nature has been playing on us, maybe you missed the small news story this week. There would have been a lot of NOISE, LAWSUITS and WHY IS THIS HAPPENING TO ME! if it occurred here in America.

Undersea cables snapped in the Mediterranean Sea between North Africa and Asia, part of a chain of cables carrying internet traffic through much of Europe and the Middle East. 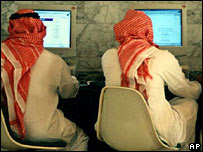 If it takes a week to repair an above-ground water main break in Chicago, imagine trying to find and fix a link under the ocean, where 99 percent of internet traffic is connected. India? They lost 50 percent of their internet capacity. Egypt? They are limping along at 60 percent. Those are the areas widely affected, both for casual internet usage as well as financial markets and communication channels. In fact many U.S. east coast companies and many multi-national firms such as IBM and Intel feel the effects of the outage.

Yes, it could also happen here. And I think we would be hearing a whole lot more complaining if it did. No matter how sophisticated the internet gets, or how wireless we think our world is becoming, there is still a telephone-like system of cables carrying a signal and connecting computers.

With all the weather and politics in the news, I didn't want you to miss the reality that it could also happen here, and we have to know that we can go back to older systems in a crisis, obtain data we need, and have the resources to get by during difficult times.