When software gets too clever

We're all amazed that humans can write software code to make a computer do clever things, such as displaying a rotating carousel of photos*, or tracking time to remind us to go somewhere. But the new technology is being applied to so many gadgets today, such as smart phones, I just have to wonder... Shouldn't we be re-channeling all this amazing talent into something more beneficial to society? We could run 'green' buildings, stop melting polar ice-caps, get food to hungry people, but instead... 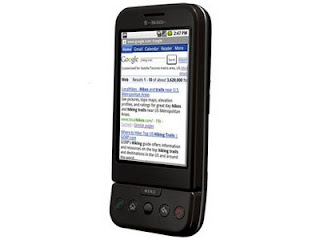 Google is launching a cell phone. Just what the world needs! Of course, Google's billionaires are just doing it to compete with the Apple iPhone which made Apple billionaires richer.

As TMobile is ready to roll out Google's phone, called G1, and people line up to buy it, Google founder Sergey Brin was asked about the new phone. He's been creating prototypes that do cool [useless] things. Don't believe me? Get this, a quote from Knowledge World magazine:

"His latest application allowed a Googler to throw an Android phone up in the air and it would measure the amount of time until he caught it."

This is why I'm dismayed by the misdirected talent of those with the most money and power to do something useful for society.

What do you think? Comments?
* Curious about the carousel of photos? See releaseyourwriting.blogspot.com and look at the book covers on the right side.
Posted by Computer Clarity © 2004 at 7:28 AM No comments:

If unopened movies from NetFlix, or the RedBox movie drop-off in your neighborhood is too inconvenient, Amazon has launched a good video rental program - with instant download and nothing to return !!

It requires Adobe Flash or a similar video viewer.
Posted by Computer Clarity © 2004 at 12:21 PM No comments: