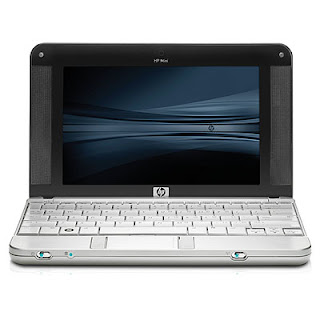 Thanks to my ever-sharp friend, RBW, for sending along the June 5, 2008 New York Times article by Eric A. Taub covering the mini-mini laptop computers available now. If you really need a light-weight computer that's wi-fi ready, a second computer for your beach house or for school-aged children, consider these new options.

Seem expensive? Nah, some of these are less than the Nintendo Wii game, and most are half the cost of a new BBQ grill.

This summer, Acer will issue a 2.2 lb. "Aspire One," and we can expect more companies to launch mini-computers including Dell and Apple. Where innovation goes, so go the giants

Sign in at NYTimes.com to read the full article:

Labels: community, just for fun, the state of technology

Since nobody loves Vista, windows ver. 7 will be out soon, and you can touch it!

This from the good people at InfoPackets.com

At this week's All Things Digital conference, Bill Gates and Microsoft CEO Steve Ballmer unveiled plans for the new Windows 7, to be released next year. The program will not be a major departure from the previous operating system Vista, but will include some important improvements, as well as some innovative developments.

As many techies and clients will agree, Vista has been the source of some controversy and may be one of Microsoft's bigger botch-ups. Ballmer has emphasized that Windows 7 will improve upon some of Vista's failings, like decreasing the "overzealous security controls" and creating graphics that don't take up so much memory. However, there will be no new core program written for the new system. (Source: msn.com)

Newer features include a touch-screen interface. The technology will allow users to open and close windows, manipulate photos, and even play the piano in an attempt to change the way customers interact with their computers. The hope, according to Gates, is to eventually do away with the mouse all together. (Source: vnunet.com)

Microsoft's new program has some analysts begging the question, 'is multi-touch computing really worth it?' Personally, I would find it annoying and inefficient to use my finger to drag and click. Using a mouse or keyboard is far more effective. I'm sure photographers doing detailed retouching in Adobe probably feel similarly.

Others argue that all these extra novelties take up more space than they are worth -- techie software toys are really only worth the hard drive or RAM space if you are using them daily. The only discernible improvements upon Vista that have been mentioned so far are:

For all that, you could just stick with XP. And that's what many Microsoft customers seem to have done anyway.