We are all looking forward to the release of Windows 7, banishing those six Vista computers off to the recycling center. Microsoft has given up on Vista, and David Pogue, of the New York Times, even refers to Windows 7 as "Vista, fixed."

Join in the anticipation by reading Pogue's informative post here,
Posted by Computer Clarity © 2004 at 2:46 PM No comments:

The Rebooting of America 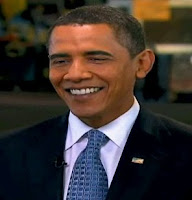 As America's first tech-savvy President prepares for the big Inauguration Tuesday, we're witnessing a seismic shift in the marriage between technology and politics. There will be books and media studies discussing how Obama's revolutionary campaign brought millions of people to politics, and brought politics to millions in a way the 6 p.m. news and a daily newspaper just can't do.

Obama has his own channel on YouTube, reminiscent of the old days of Roosevelt's Fireside Chats. Obama's FaceBook page has over 3.7 million supporters linked to him.

"The rebooting of our democracy has begun," said Andrew Rasiej, founder of Personal Democracy Forum and the techPresident blog. "[Obama] has the potential to transform the relationship between the American public and their democracy."

I suspect he'll soon tap into all those 'friends' for the grassroots effort to revive the American spirit, in this age of Obama 2.0.